Dale grew up in Bryn Athyn. She moved to England as a young bride with her British husband. They raised their four children in the Cotswold village where they’ve lived for over 40 years. Dale fulfilled her childhood ambition to be a wife and mother, and when she finally discovered what else she wanted to be ‘when she grew up’, she spent ten years as a freelance proofreader. In retirement, she enjoys being a grandma, being involved in her community, and helping the church in the UK. View all posts by Dale Morris →

Isn’t it cheering that communal celebrations happen? I suspect that just about everyone, for instance, loves attending weddings.

People have their own favorite reasons for a party…. England recently celebrated Queen Elizabeth’s Platinum Jubilee – 70 years on the throne! – with all sorts of special events throughout the land. In May we went to lots of studios during Oxfordshire Artweeks, to celebrate the creative skills of artists throughout the county. As I write, we’ve just been to a nearby village festival to watch steamroller printing: large lino-cut images printed by a steamroller engine riding over them! Later this summer, a favorite local music festival will have its ‘Last Hurrah’ after taking place for almost 20 years. There’s New Church Day, with pageants and picnics and presents for children. And American Independence Day – parades, fireworks, more picnics. 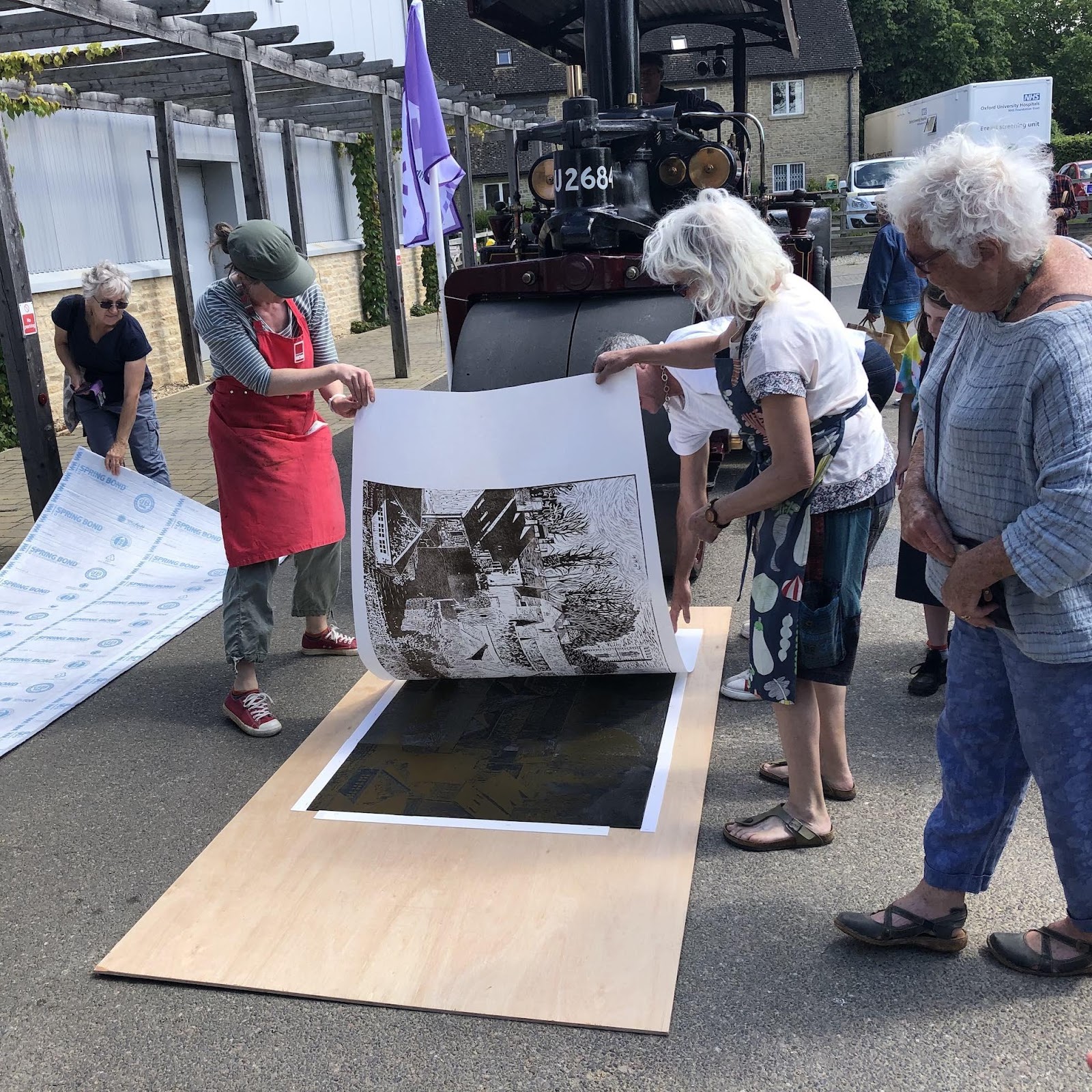 END_OF_DOCUMENT_TOKEN_TO_BE_REPLACED

Now and then I make fairly hopeless attempts to reduce the ‘stuff’ our kids will need to sort through once I have left this world – objects, photos, and old letters and emails that capture intangible thoughts and ideas, and recall friends. Some say that ‘the present is all we have’, but all our earlier moments have made us who we are; they are evidence of how we came to be.

‘Every moment of a person’s life has a series of consequences extending to eternity.’ Secrets of Heaven 3854

Keepsakes can be both physical and ephemeral. Intangible things are just as real as tangible ones – maybe even more real, from eternity’s viewpoint. ‘You can’t take it with you’ only applies to objects – it doesn’t necessarily apply to what you treasure.

END_OF_DOCUMENT_TOKEN_TO_BE_REPLACED

My mind has been travelling across ages and times just lately. History, place, other worlds, imagination, reality, things ephemeral yet real.

One of my mother’s oft-used phrases was ‘Time and space, time and space!’, spoken when the lack of both caused frustration in her busy life. Now that she’s in the next world, time and space are different – non-existent, even.

I’ve recently had a week’s holiday in Llwyn Celyn in Wales, pretty much in the middle of nowhere. This ‘medieval hall house’ was built originally in 1420 and has hardly changed since around 1690, though it was still inhabited until about 10 years ago. Then it was taken over by The Landmark Trust, which has restored it to how it would have been in 1690. Time and space became rather fluid for me there, gazing at the many honest repairs in woodwork, beams, doors, window frames, floors, stonework – pondering how human life has changed (or not) through the centuries. Early each morning, the only sounds were prolific birdsong and bleating sheep and lambs. The view from the front door was timeless – sweeping valleys and tall hills, bucolic in the early sunshine.

Through the evenings, I read The Little Prince to my 8- and 10-yr-old grandchildren. The little prince travelled through time and space, learning important things about people, and about what truly matters. ‘We can only truly see with the heart. What is important is invisible to the eyes.’

END_OF_DOCUMENT_TOKEN_TO_BE_REPLACED

“Every community in heaven is growing in numbers daily, and the more it grows, the more perfect it becomes. In this way … heaven in general is perfected … since these communities constitute heaven. Heaven’s ever-increasing fullness makes it more perfect. So angels long for nothing more than to have new angel guests arrive there.” Heaven and Hell 71

So many, many people have died since Covid-19 knocked the whole world off balance. Some say these Covid deaths were ‘before their time’, but I think they’ve just been part of achieving the Lord’s ultimate purpose – for heaven to grow and be more perfected.

The Lord knows when it’s the right time for each one of us to move from this world to the next. It does not happen until that time, regardless of how it seems, or how hard it is for those left behind.